Review of The Detective, The Woman and The Pirate’s Bounty

“Amy Thomas’s latest Holmes-Adler adventure returns to the scene of her first: Fort Myers, Florida. This time, The Detective and The Woman are in search of a pirate’s treasure rumored to be buried on Sanibel Island, which they hope to find before it falls into the hands of a mysterious criminal known only as “the Baron.” Along the way, they encounter an entertaining cast of secondary characters, including an old friend from Fort Myers, a bland American intelligence operative, a hero-worshipping young woman, and a set of federal agents for whom Holmes plays the fool. Any of these people could be “the Baron” or his henchmen in disguise. The novel does a nice job of obscuring friend from foe until the action climaxes in a scene a bit reminiscent of one from Treasure Island. As always, Ms. Thomas’s depictions of Sherlock Holmes and Irene Adler are nicely drawn and faithful to the spirit of the Canon. She resists the temptation (which Baring-Gould and I could not) to carry their admiration for each other into outright romance. Another excellent outing in a series that I hope will long continue!”

The Detective, The Woman and The Pirate’s Bounty is available from all good bookstores including The Strand Magazine,  Amazon USA, Amazon UK, Waterstones UK, and for free shipping worldwide Book Depository . In ebook format it is in Amazon Kindle, Kobo, Nook and Apple iBooks (iPad/iPhone). 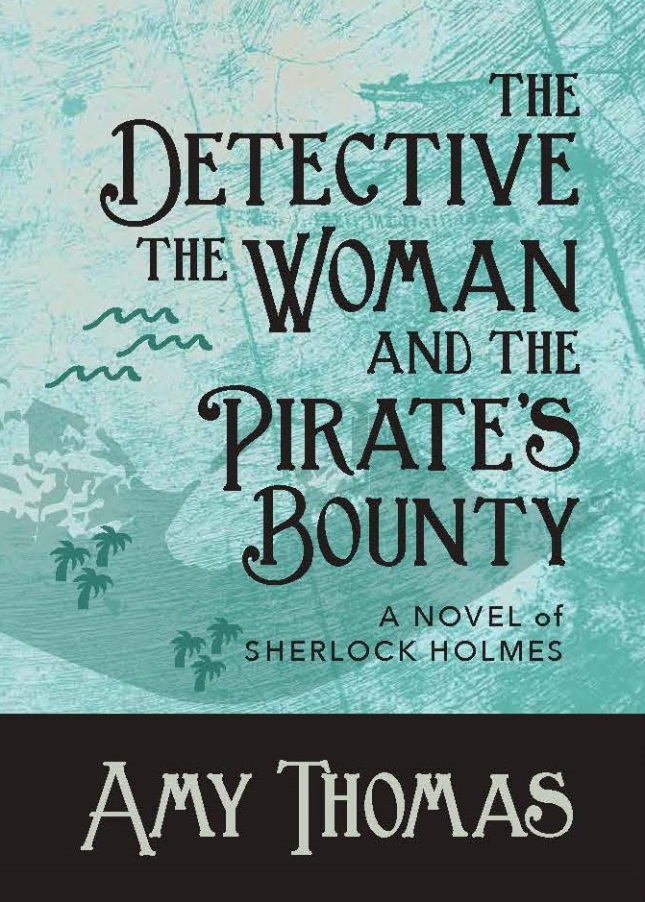