The Riddle of Foxwood Grange – A Sherlock Holmes Mystery

An invitation to take lunch at the Great Western Hotel at Paddington station leads Sherlock Holmes into a baffling mystery. Who is it that is watching every move made by popular journalist, Farringdon Blake, and why? When the trail goes cold in London, Holmes and his friend, Dr Watson, must travel down to Foxwood Grange, Blake’s home in rural Oxfordshire, to seek a solution to the mystery there. But Foxwood Grange, a 300-year-old Elizabethan mansion, is a house with a chequered past and holds mysteries of its own.

In this superb evocation of both the spirit and the style of Conan Doyle’s earlier Sherlock Holmes stories, Denis O. Smith, acclaimed author of numerous Sherlock Holmes short story collections, here presents the great detective on a larger stage, in a gripping mystery which builds remorselessly to a thrilling and dramatic climax.

“There’s a rich cast of characters, the setting is splendidly evoked, and Holmes’s solution to Harley’s puzzle is a tour de force.” – The Sherlock Holmes Society of London

The Riddle of Foxwood Grange is available from all good bookstores including  Amazon USA, Amazon UK, Waterstones UK and for free shipping worldwide Book Depository. In ebook format it is in Kindle, Kobo and Apple iBooks (iPad/iPhone). Also available on Audible.

Posted by mxpublishing on July 25, 2019 in Sherlock Holmes and Arthur Conan Doyle, Uncategorized

Review of The Further Chronicles of Sherlock Holmes

“2018 is a time for rejoicing, as there are more new Sherlock Holmes stories from Denis O. Smith. His new collection, “The Further Chronicles of Sherlock Holmes”, (the hardcover edition combining the paperback Volumes I and II) features twelve stories, and joins his previous books in providing some of the best Holmes adventures available.

In Issue 339 of “The District Messenger” (January 30, 2014), the newsletter of the Sherlock Holmes Society of London, editor Roger Johnson wrote: “The Watson style is deceptively difficult to imitate. Good practitioners include June Thomson, Hugh Ashton and David Marcum, but the best is probably Denis O. Smith.”

While I would add a few other names to this list, such as the late Barrie Roberts, Gerard Kelly, and Tony Reynolds, I have to agree that the best truly is Denis O. Smith. From the first time that I first read Mr. Smith’s initial efforts at editing Watson’s notes, in the pamphlets that he originally self-published back in the early 1980’s, I knew that these were a cut above the others. Now, with this latest collection of Smith’s work, mixing six new stories with six that have been previously published elsewhere, we have even more to enjoy.

The new stories are: “The Five Keys”, “The Tregorran Heir”, “The Victoria Street Mystery”, “The Man in the Green Tweed Suit”, “An Unusual Interview”, and “The Thirteenth Step”.

Those that have previously appeared include some that haven’t been available for years, having initially been published in the long-vanished “Chronicles” volumes published by Calabash Press: “The Green Umbrella”, “The Zodiac Plate”, and “The Yellow Glove” Rounding out the book are three tales that have been in volumes of “The MX Book of New Sherlock Holmes Stories”: “The Inn on the Marsh”, “The Jet Brooch”, and “The Watcher in the Woods”.

As always, Denis Smith channels Watson’s voice perfectly. The story structure, the details and the description, the mysteries themselves – all combine to be perfect visits with Holmes and Watson. The only thing that matches how much I enjoyed this book is the sadness that I read it too quickly, and that I have to wait for more from Denis Smith’s visits to Watson’s Tin Dispatch Box.”

The Further Chronicles of Sherlock Holmes is available from all good bookstores including The Strand Magazine, Amazon USA, Barnes and Noble, Amazon UK, Waterstones UK and for free shipping worldwide Book Depository.

“Smith’s facility at crafting original plots remains undiminished in this collection of six Sherlock Holmes pastiches. Some hook the reader with a tantalizing opening, such as “The Jet Broach,” in which the Baker Street detective receives an anonymous package containing a brooch and a scrawled note for help. Even those with a less dramatic start take unexpected and intriguing turns, such as “The Five Keys,” which begins with a request for help so banal that Watson is surprised his friend accepts the case—a couple want the detective to attend the reading of a will, to keep his eyes and ears open for anything underhanded. Holmes gets drawn into a mystery worthy of his skills that ends with an eminently fair solution. “The Inn on the Marsh” features an odder entreaty from another man and wife, who are perplexed as to why the guest register at the inn they stayed at during their honeymoon no longer contains their names. Sherlockians will rejoice that Smith continues to create new mysteries faithful to Conan Doyle.”

The Further Chronicles of Sherlock Holmes: Vol. 1 is available for pre order from all good bookstores including The Strand Magazine, Amazon USA, Barnes and Noble USA, Amazon UK and for free shipping worldwide Book Depository. 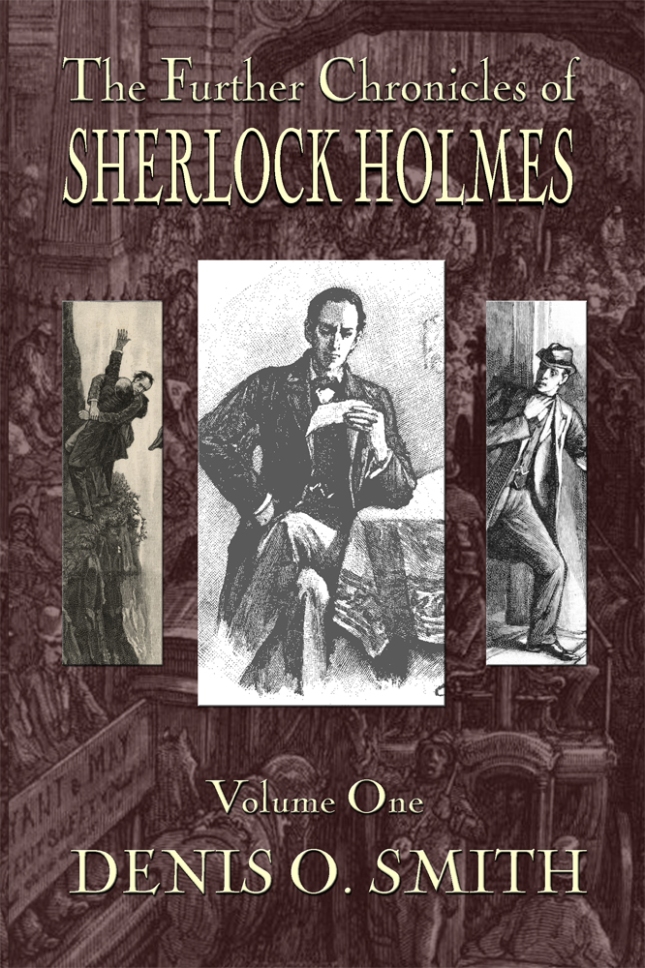 The Riddle of Foxwood Grange: A New Sherlock Holmes Mystery out on audio this week.

The Riddle of Foxwood Grange: A New Sherlock Holmes Mystery out on audio this week.

Now 88 books on the Sherlock Holmes Audio Books Pinterest Board 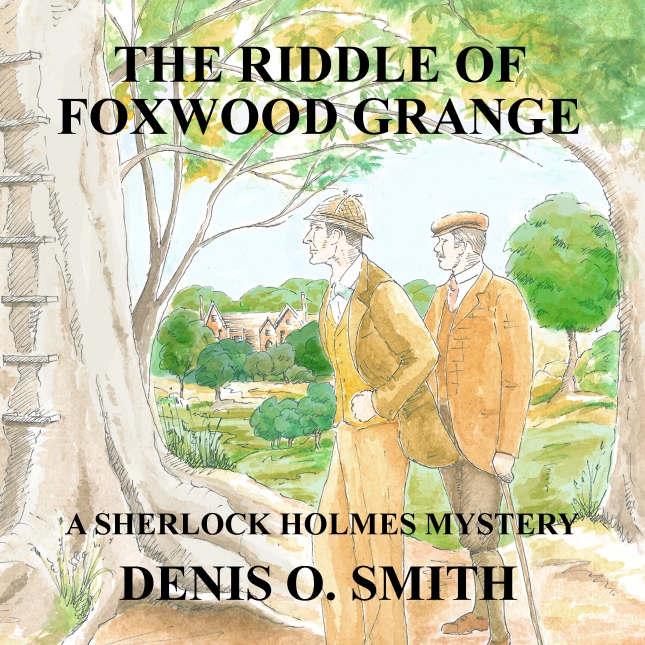