Every day this month we’ll be showcasing one of the artists and authors in the new ‘Art of Sherlock Holmes’ project – today it’s artist Robert St. Croix.

Robert St. Croix’s career as an artist began in the early 1970’s in San Francisco, where he gained a reputation for metal wall and table designs made of copper and brass. He also became very well known for his innovative water sculptures in copper, driftwood and bronze. In 1974, he opened an “Arts and Crafts” gallery at Bodega Bay in Northern California. He also began showing water and metal sculptures in the San Francisco area. In 1976, he moved to Lake Tahoe, Nevada and opened a sculpture studio and art gallery, allowing him the freedom to create increasingly complex metal sculptures, such as life sized figures, mobiles, and small figurative bronzes.

Perfecting his craft, Robert moved to Hawaii in 1978 and enrolled in University of Hawaii to learn art foundry practices and techniques. There he began to gain wider recognition, showing sculptures in prestigious spaces such as Gallery Hawaii and Center Art Galleries. Moving back to the United States mainland in 1983, Robert began producing limited edition bronzes and showing sculptures at Art Expo New York and Art Expo Los Angeles. 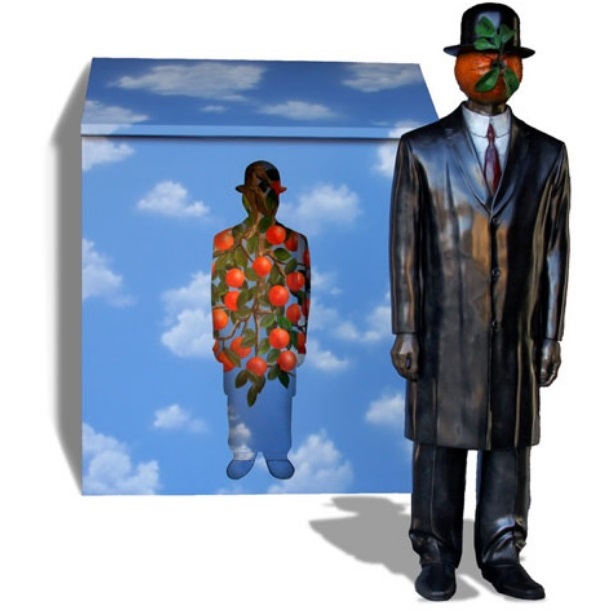 St. Croix’s most recent move was in 1990, to West Palm Beach, Florida. There, he established a reputation for creating life-size figurative bronzes. In 1998, he began a series of life-size, limited-edition bronzes, “Homage to the Masters,” which are drawn from paintings and works on paper by contemporary masters, which he then casts into three-dimensional bronzes – like ‘His Place’ above.

Robert’s piece in The Art of Sherlock Holmes is a fantastic haunting digital collage. Here is a glimpse: 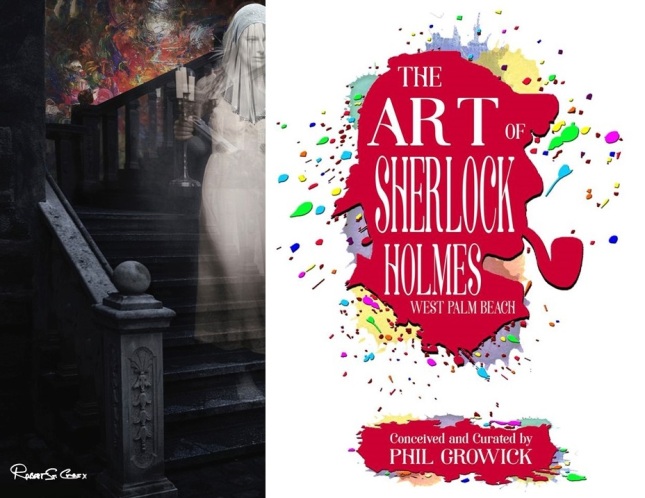 Posted by mxpublishing on January 15, 2019 in Uncategorized