The Last Confession of Sherlock Holmes

Kieran Lyne is the youngest author ever to receive the Conan Doyle Estate seal for his Jack The Ripper thriller – The Last Confession of Sherlock Holmes – Now out on Audio.

The story – In the dawn of 1891 Sherlock Holmes is locked in a deadly game of wits with the sinister Professor James Moriarty; but events will soon transpire which will question the very outcome of Reichenbach. With Holmes presumed dead, the streets of London are panic-stricken, as a resurrected terror takes hold of the city; whilst in the upper-echelons of Government, a singular, undetectable force can once again be felt manipulating the criminal underworld. The ever reliable Dr. Watson has deceived us all, as he finally reveals the far more shocking events which led to both the return of Sherlock Holmes and his involvement in the suppression of London’s most notorious criminal.

“The story grabs one’s attention from the first chapter and keeps it firmly in its grasp to the final word. The pace is smooth, easy flowing, yet packed with conundrums that always bring up further complications… I found this book delightful, and one of the best non-canonical aligned pastiches out there at the moment.” – The Raven

147 books on the Sherlock Holmes Audio Books Pinterest Board.

The Last Confession of Sherlock Holmes is available from all good bookstores including The Strand Magazine,  Amazon USA, Amazon UK, Waterstones UK, and for free shipping worldwide Book Depository . In ebook format it is in Kindle, Kobo, Nook and Apple iBooks(iPad/iPhone). 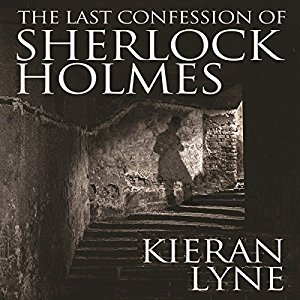