Review of The Redacted Sherlock Holmes

“ORLANDO PEARSON, who succeeded Dr Watson as Sherlock Holmes’s assistant, was entrusted with notes by the doctor on cases too controversial to publish during Holmes’s career. In reality, Pearson, an accountant and obvious Holmes maniac, has produced three volumes of very good to brilliant stories featuring the great detective in ways that might have surprised Conan Doyle.

Marvellously entertaining and couched perfectly in Watson’s rather pompous polysyllabic style, they are studded with small jokes and passing references to Holmes’s influence on Einstein, Elgar, and the future of cricket. They fall into several types. There are straight imitations. We discover the sad end of James Windibank, the villain of “A Case of Identity”. There’s satire with ostensibly 19th-century versions of modern problems. In The Alcock Report on the war in Qarim and its instigator, Prime Minister Charles Sedgefield, the report’s conclusion was written before the inquiry began. There’s a lovely one in which the duo are kidnapped by Edward, Prince of Wales, and forced to spy on his mother, Queen Victoria, with the purpose of having her declared insane.

Pearson puts Holmes at the centre of some of the 20th century’s great mysteries….

The Redacted Sherlock Holmes is available from all good bookstores including Amazon USA, Amazon UK, Waterstones UK and for free shipping worldwide Book Depository. In ebook format it is in Kindle, Kobo, Nook and Apple iBooks (iPad/iPhone). 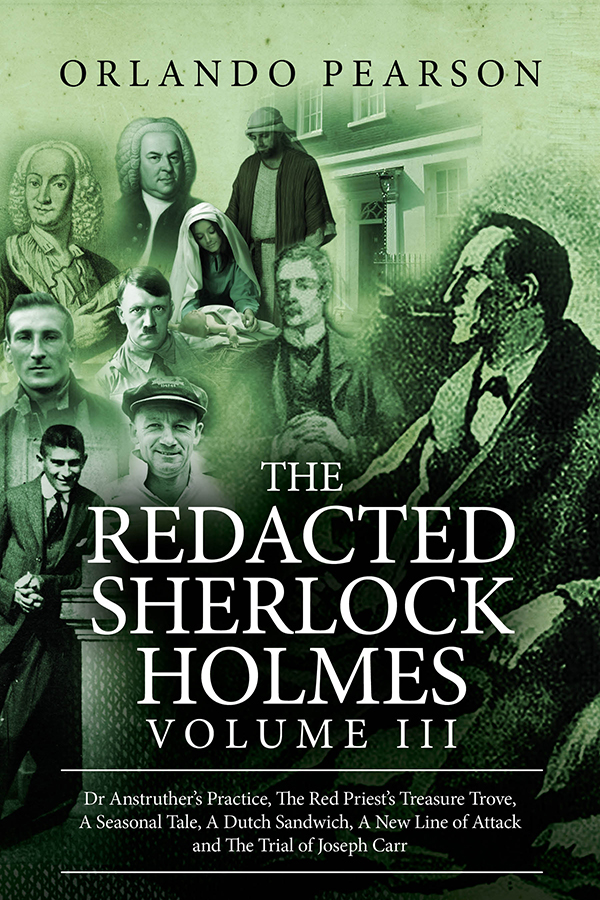 Posted by mxpublishing on May 27, 2017 in Uncategorized