New review of Sherlock Holmes and The Nine-Dragon Sigil

“Firstly, I’m not a raving fan of Sherlock Holmes, though I’m certainly an admirer of Sir Arthur Conan Doyle. I read several Sherlock books in my younger years enjoying their adventure and appreciated their cleverly weaved plots, even if it was other works of Doyle that really grabbed me. Professor Challenger, who first appeared in ‘The Lost World’ has always been my favourite character. So a relatively weak amateur fan of the original books though I am, I couldn’t but enjoy how genuine this read felt. I could have easily been fooled into thinking that this was the writing of the great man himself. Further, even the plot was worthy of the Sherlock Holmes stamp.
This book is not only brilliantly written, it is exceedingly well researched. I enjoyed the detail in the history every bit as much as the story itself. The historical fiction is as clever as the stylistically accurate incorporation of by far the two most famous characters of Doyle’s huge imagination—two characters as famous as any in literary fiction.
I very much enjoyed the ‘glossary’ at the end of the book, which gave depth to so much of the period detail. This additional information doesn’t add to, or subtract from, the story itself, but certainly gives those such as I, ignorant of Chinese history, a much needed and speedy education. All the material is self-explanatory enough in the run of the story, however, the additional information rounds off this reading experience quite delightfully.
I recommend this book to fans of Sherlock Holmes, lovers of historical fiction and to all those that like a wide variety of well-written fiction. I will be looking to read further books from Tim Symonds’ pen.”

Sherlock Holmes and The Nine-Dragon Sigil is available from all good bookstores including The Strand Magazine, Amazon USA, Amazon UK, Waterstones UK and for free shipping worldwide Book Depository. In ebook format it is in Kindle, Kobo, Nook and Apple iBooks (iPad/iPhone). 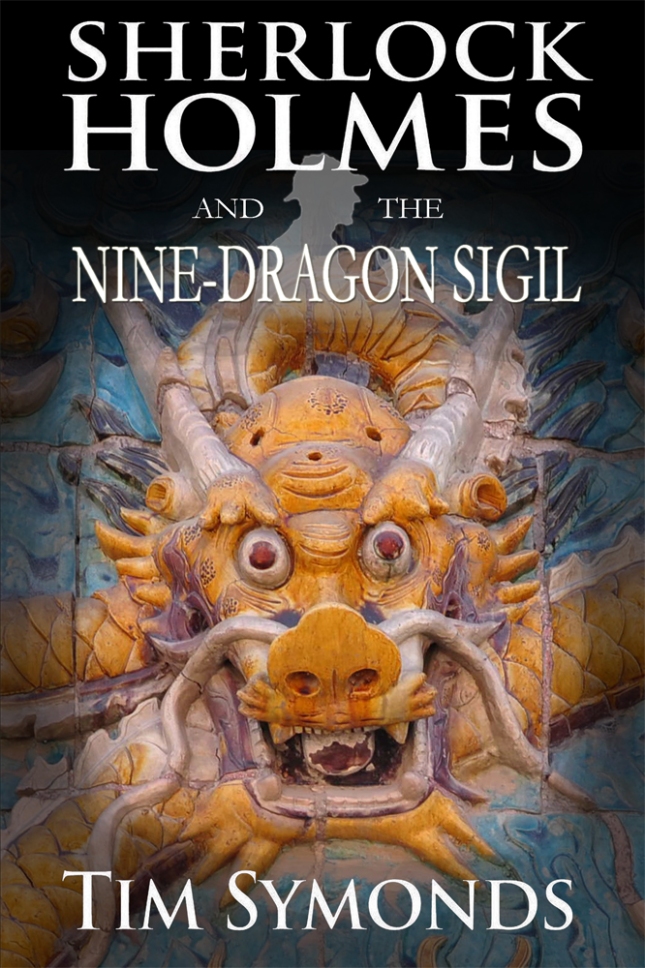