2017 is the 130th anniversary of the publication of A Study in Scarlet, the first recorded adventure of Sherlock Holmes and Dr. John H. Watson. What an amazing journey it’s been! In addition to the pitifully few sixty tales originally presented in The Canon, published between 1887 and 1927, there have been literally thousands of additional Holmes adventures in the form of books, short stories, radio and television episodes, movies, manuscripts, comics, and fan fiction. And yet, for those who are true friends and admirers of the Master Detective of Baker Street, where it is always 1895 (or a few decades on either side of that!) these stories are not enough. Give us more! In 2015, The MX Book of New Sherlock Holmes Stories burst upon the scene, featuring stories set within the correct time period, and written by many of today’s leading Sherlockian authors from around the world. Those first three volumes were overwhelmingly received, and there were soon calls for additional collections. Since then, the popularity has only continued to grow. Two more volumes were released in 2016, and this the first of two planned for 2017 – with no end in sight! The thirty-five stories in this volume – now bringing the total number of narratives and participating authors in this series to well over one-hundred! – represent some of the finest new Holmesian storytelling to be found, and honor the man described by Watson as “the best and wisest … whom I have ever known.”

The MX Book of New Sherlock Holmes Stories – Part VI: 2017 Annual is available for pre order from all good bookstores including in the USA The Strand Magazine, Amazon, Barnes and Noble, in the UK Amazon, Waterstones, and for free shipping worldwide Book Depository. 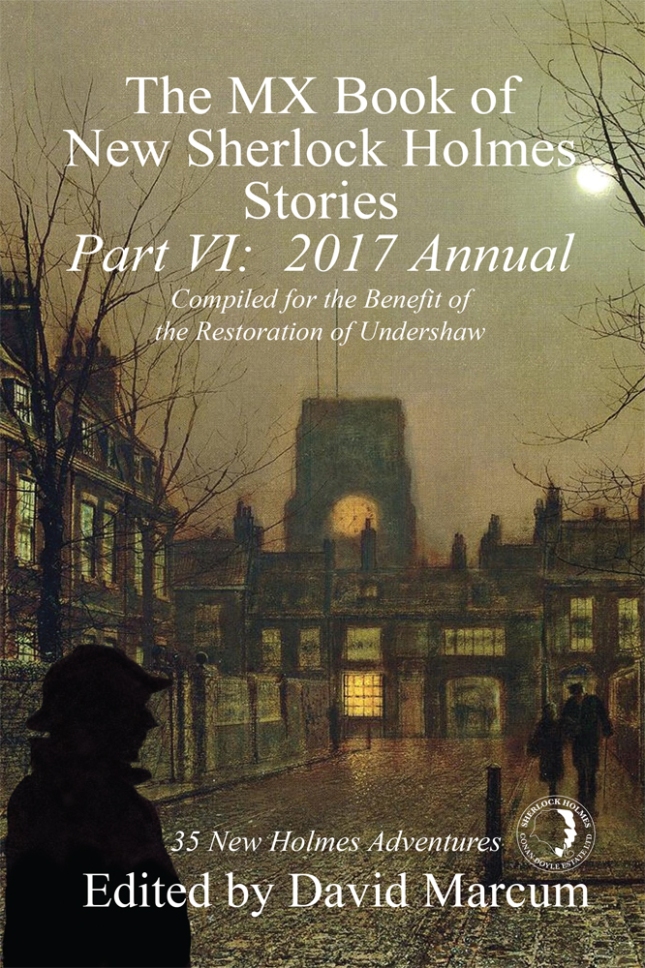 Posted by mxpublishing on April 16, 2017 in Sherlock Holmes and Arthur Conan Doyle, Uncategorized