Mrs. Hudson – Who Are You Really?

Mrs. Hudson – Who Are You Really?

The mystery surrounding Mrs. Hudson’s identity has been well and frequently described. What we know from Watson’s own words is that Mrs. Hudson is the “long-suffering” landlady at 221B Baker Street, an extraordinarily patient woman able to tolerate her lodger’s “incredible untidiness, … addiction to music at strange hours, … occasional revolver practice within doors, … weird and malodorous scientific experiments, and the atmosphere of violence and danger which hung around him ….”

In the end, however, the references to Mrs. Hudson are most remarkable for their scarcity. As described in James C. O’Leary’s informative blog post, Mrs. Hudson appears in only 11 of the 60 stories describing Holmes’ cases, speaks just three times, and is accorded a mere 26 lines of dialogue. Her silence is deafening – and, for some of us, unbelievable.

I refer to a school of thought that might be characterized as conspiratorial – if not downright paranoid. That school – in which I confess to be the prime, if not sole student – views Mrs. Hudson as the true, if unheralded, sage of Baker Street. We need to recall that Mrs. Hudson would have been exposed to the Victorian bias against women generally, and women of a certain class particularly. What the scarcity of words about the landlady has long obscured is that Mrs. Hudson was nonetheless determined to be the mistress of her own fate. As is now revealed in the slender volume, Mrs. Hudson in New York – fortuitously available from Amazon and fine bookstores everywhere – Mrs. Hudson is the true creative force behind the foremost consulting detective agency in London, if not the world. Based on skills in investigation and deduction acquired from exercises in the analysis of crime with her late constable husband, her capacity for informed observation – and the careful recruitment of a tall self-confident chemist as the essential male figurehead for her agency, she becomes engaged, with Holmes and Watson, in unraveling the complex problems brought to the doorstep of 221B Baker Street or encountered in far off New York City.

More about the person I choose to regard as the woman can be found at the Facebook page devoted to her exploits – Mrs. Hudson of Baker Street Information about the person who has, without regard for his personal safety, made these truths available is located at BarrySBrown.

The above prepared on behalf of Barry S Brown

Barry Brown is the author of the Mrs Hudson series of novels including Mrs Hudson in New York which is available from all good bookstores including The Strand Magazine, Amazon USA,  Amazon UK, and for free shipping worldwide Book Depository .  In ebook format it is in Kindle, Kobo, Nook and Apple iBooks (iPad/iPhone). 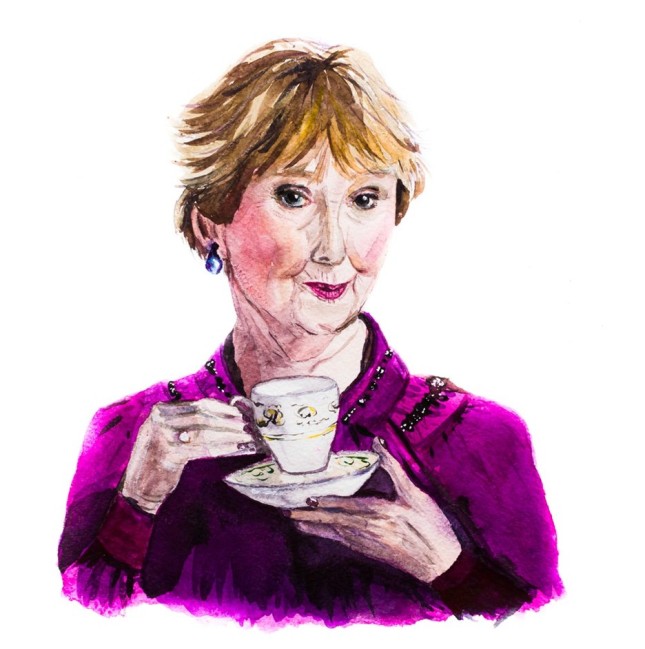 Posted by mxpublishing on July 15, 2017 in Sherlock Holmes and Arthur Conan Doyle, Uncategorized