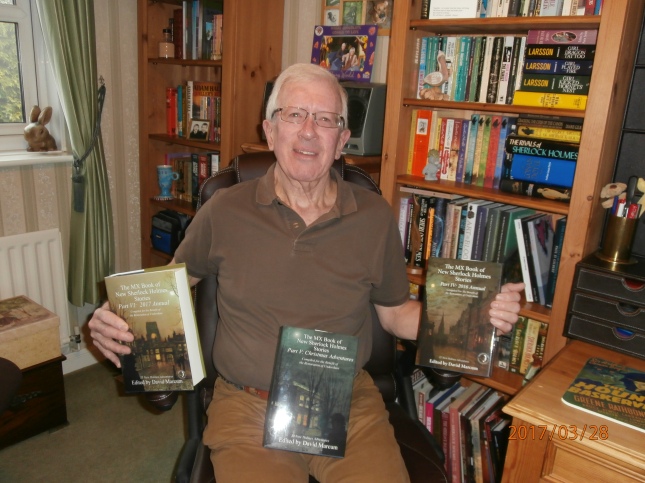 The MX Book of New Sherlock Holmes Stories is the largest collection of new, traditional Sherlock Holmes stories ever compiled. Already with six volumes (volumes VII, VIII and IX are underway) and now over 100 of the world’s leading authors taking part the collection is going from strength to strength. All the authors are donating their royalties to Stepping Stones School at Undershaw.

Arthur is also the author of The Demon of the Dusk .

Sherlock Holmes and Doctor Watson are summoned to Theobald Grange, the Warwickshire home of Lady Heminworth. Being of a nervous and superstitious disposition, her Ladyship lives in fear. Her husband and elder son were recently murdered, apparently by the ghost of a court jester who was executed on the site centuries before. The apparition has warned that she, too, is to die. Holmes rejects a supernatural explanation, although his adversary seems unaffected by gunfire and is able to take flight and disappear. The Great Detective brings his powers to bear, but still the killings continue…

Posted by mxpublishing on May 20, 2017 in Sherlock Holmes and Arthur Conan Doyle, Uncategorized